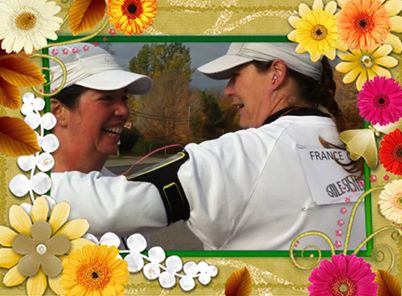 Three years ago, my best friend and running partner, Sheila and I were supposed to run
the Niagara Falls Half marathon. Unfortunately, Sheila was diagnosed with lung cancer a few weeks
before the run. We knew we would be cutting it close to the start of her
chemotherapy and radiation, however, we continued to train hard in the hopes of
being able to run Niagara Falls.  We had to make a decision; race registration
was filling up fast.  Knowing that her treatments would start around the same
time as the run, we decided that Niagara Falls was not to be.

Being the person that she is, Sheila
was really intent on getting that one last half in before her treatments started.
As a surprise, I planned our own little
half-marathon race, complete with race shirts, bibs, medals, KM markers
and a make-shift finish line. We ran 21.1 KMs from Perth to
Smiths Falls.  The community of Smiths Falls showed us tremendous
support on the day of our race.  Along the way, we had race volunteers
for water stations, photographers and a little finish line party.  We
even had a few people join us for a few memorable
KMs.  It was a very emotional day filled with laughter and tears.

I am happy to say that Sheila did very well throughout her grueling treatments, and
is slowly but surely moving down the road of health.

The Sole Sisters
Charity Run for Cancer Research is not only in her honor, but in the honor of
everyone that has been touched by this horrible disease.
Race Director: France Murdoch
Race Ambassador: Shelia Coutts